HomeBlogBlog14 Best Product Placements In Movies That Live On

14 Best Product Placements In Movies That Live On 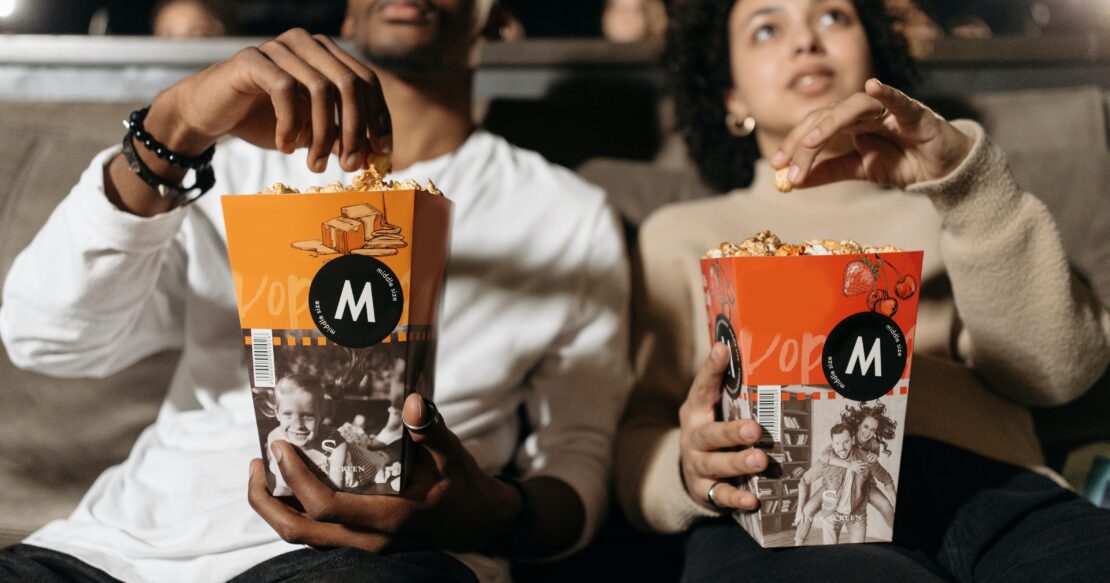 What is one of the most epic product placements that have appeared in a movie?

Here are fourteen epic product placements that have appeared in movies:

“Harold and Kumar Go to White Castle” is a movie that revolves around product placement, even if you don’t see much of an actual White Castle restaurant until the end. That is okay, because viewers know from the start that it will be there. For those who don’t know what White Castle is, it helps build up anticipation for the restaurant. At the same time, people who love White Castle can see it as a fun love letter to loyal customers.

Mini Cooper in “The Italian Job”

“The Italian Job” is a thrilling heist movie released in 2003. By the end of the film, you want to go out and buy yourself a Mini Cooper, since several of the cars play central roles in the most exciting sequence. I heard that the release of the movie led to a 22% increase in Mini Cooper sales over the following year! This is a fantastic return for BMW’s contribution to movie history.

Pepsi in “Back To The Future”

Pepsi had an epic product placement in both “Back to the Future” and “Back to the Future Part II”. Marty McFly tries to order a “Pepsi Free” when he travels back in time to 1955, but the bartender has no idea what he’s talking about. He tells him that if he wants a Pepsi, he’ll have to pay for it. In the second movie, they create a product for the future called “Pepsi Perfect” that Marty McFly also orders. Pepsi really benefited from that franchise.

Who could forget the comedy classic, Wayne’s World, when talking about epic product placements? It is the only product placement that I can think of that actually satirizes the idea of product placements within a movie. Wayne and Garth are asked by their manager to include a sponsorship within their show and as they are talking about how they will “not bow to any sponsor” while Wayne holds up a box of Pizza Hut to the camera and Garth is fully decked out in Reebok gear. It’s both hilarious and memorable!

When someone says Steve McQueen, who doesn’t think of the dull green 1968 Ford Mustang GT he drove in the 1968 action classic Bullitt? McQueen is seen full screen, clutching the wheel of the “hero car,” expertly piloting it through some of the most intense moments during the 10-minute long, high-octane chase. This product placement was a savvy marketing strategy as the Highland Green Mustang takes a starring role in what would become the single greatest car chase scene in cinematic history, setting the standard for all to follow and taking its place in American film iconography.

After 38 years of being hidden from public view, the dilapidated Bullitt Mustang resurfaced at a Detroit car show in 2018. This “happened to coincide” with the film’s 50th anniversary and went down at the same event where Ford unveiled its 2019 Mustang Bullitt tribute model. The 1968 Ford Mustang GT sold at auction in January of 2020 for $3.74 million, becoming the most valuable Ford Mustang in the world.

There have been many great placement products in movies, but when they become so ingrained in the theme of a movie that they become as important as the character themselves, they reach epic status, and no product accomplished this better than Aston Martin in the James Bond films. There is perhaps no cooler character in film history than James Bond, and anything he touches seems to absorb that coolness, making it the center of the perfect marketing strategy.

Aston Martin first made its appearance in the movie Goldfinger, in which their beautiful DB5 model was made into the most exciting weapon. It was a mixture of elegance, class, and lethality, and the perfect accompaniment to the James Bond franchise. The placement was so effective that the brand has become synonymous with the character, not only making it the most epic placement of all time, but the longest lasting one as well.

One of the epic product placements in the movie is, without a shadow of a doubt, Nike Cortez’s in Forrest Gump. The protagonist, interpreted by the talented Tom Hanks,  receives a gift of red and white Nike shoes, which he will then use for his famous run. It is not the only product placement in the movie, but the most famous one. Needless to say that even today, it represents a symbol.

The aviator sunglasses that Tom Cruise puts on in front of Charlie, his sexy flight instructor, in the movie “Top Gun” must’ve been tremendous for Ray-Ban and its brand. To this day, that style of eye-wear remains a popular selection for men. Pilots wear them. Drivers of sports cars and motorcycles wear them. Those in law enforcement wear them. Men who seek to capture a certain masculine persona regularly wear them and a lot of that stems from a blockbuster movie that came out more than 35 years ago. That’s epic.

The Star Wars franchise has built an empire by letting their movies function as advertising–for their toys. While film-making can be a lucrative business, George Lucas (and now Disney) have made their largest profits off “A galaxy far, far away” through selling toys and other merchandise. It’s set the template for all major-release, tent-pole films in the 21st century. Haven’t you noticed lately how all the must-see movies tend to have characters that can be sold as action figures?

Audi in The Marvel Franchise

Audi has forever made a mark in the market because of its association with Tony Stark. Iron Man played by Robert Downey Jr. is one of the most iconic characters in the Marvel cinematic universe. Audi partnering with Marvel, and specifically establishing a deep connection with Iron Man sends subliminal messages to people that the brand is elite, luxurious, fast, and reliable–like the character himself. When the e-Tron made its debut in April 2019, the car (not in GT) sold around 300 units that same month.

The Talkboy in “Home Alone 2”

The Talkboy from Home Alone 2 is one of the most epic product placements in movie history. Rumor has it that the toy was originally conceived as a prop and was never meant for merchandising. However, after an overwhelming amount of interest from early audiences, the toy went into production and appeared on store shelves. Many a child was thrilled to act out the movie with an authentic recorder, or embark on their own epic spy-like adventures.

The Red Swingline stapler in Mike Judge’s 1999 film Office Space has become an internet meme over the years. This was an example of unintended product placement as the film crew spray-painted the stapler bright red to provide contrast between the muted colors of corporate America  (symbolizing drudgery and boredom) and the bright red stapler, which was Milton’s prized possession.

The demand for this product became so popular after the release of the film, that Swigline had to start producing bright red staples. In fact, the red stapler has become a work of Pastiche as many artists use that aesthetic in contemporary postmodernism art.

AOL in “You’ve Got Mail”

In the 90s, AOL was leading the email game and they owe a big thank you to the movie, You’ve Got Mail. The title of the movie was literally AOL’s catch phrase. Every time Meg Ryan and Tom Hanks, the queen and king of rom-coms, respectively, turned on their computers the famed AOL voice would chime, “You’ve Got Mail.” The duo fell in love using AOL email and later in the film their instant messaging system. People across the globe not only believed that they too could find love via email, but that AOL’s instant Messenger was the way to do it!

Legos in “The Lego Movie”

The LEGO Movie does a great job of integrating the LEGO brand with the idea of creativity, which I love. Rather than heavy-handed, “buy, buy, buy” product placement, The LEGO Movie takes a different path. It keeps the focus on tapping into your true self and bringing beautiful things to life. The product placement is obvious and inescapable, but the overall message of the film isn’t lost on viewers.

Join our e-mail list to receive the latest events, news, and updates from AMA Phoenix.

You have successfully subscribed!